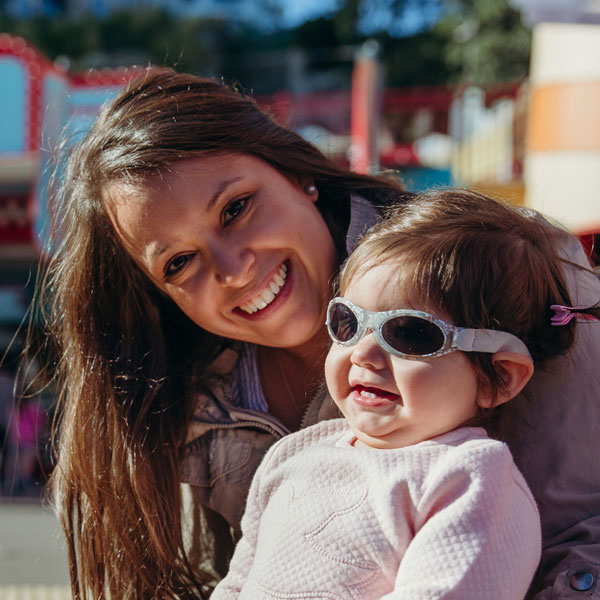 When choosing gear for your kids it’s good to know if it’s all it’s cracked up to be. There are safety standards for many products that babies and children use – and, at Banz Carewear, our gear gets the big tick in all the relevant tests.

When buying sunglasses for anyone – not just children – always ensure they meet the Australian/New Zealand standard ASNZ 1067.1.2016.

The fine print of Category 3 of this standard – which all Banz sunglasses meet – is below.

Banz sunglasses also block 100% of UV light entering their lenses, which means they can be rated as UV400. However, Consumer reports: ” According to the New Zealand Association of Optometrists (NZAO) there is no accepted definition of ‘UV400’. It said because ‘UV400’ has no consistent technical basis, it’s little more than marketing spin.” Banz sunglasses are marked as UV400, as they meet all standards required for sunglasses, and the informed sunglasses purchaser does expect to see this declaration.

Banz sunglasses also meet the British sunglasses standard of EN ISO 12312-1-2013+A1:2015 – Personal Protective Equipment – Test Methods for Sunglasses and Related Equipment and carry the CE mark (which stands for Conformité Européene, and means they conform to European standards). This ensures that the sunglasses offer a safe level of UV protection.

So, it’s good to see the numbers of the different standards on the Banz Carewear sunglasses box – it means your little one’s eyes are fully covered.

Earmuffs – a protection (from) racket!

All Banz earmuffs feature Class 4 protection; this is only one rating less than industrial-strength earmuffs worn in workplaces.

AS/NZS 1270:2002 – the Australian and New Zealand safety standard for earmuffs – Class 4. Under this standard, the class is an easy way to choose a hearing protector appropriate to a noise exposure. The standard rates hearing protection into five classes, with Class 1 being the lowest level of protection and Class 5 being the highest level.

A word about ‘noise-cancelling’ earmuffs

Banz earmuffs are often referred to online as ‘noise-cancelling’ earmuffs. However, this isn’t correct – Banz earmuffs do their job by reducing loud, damaging noise to a safe level. There’s a very practical reason for this – the designers of Banz earmuffs know that if you need to get your child’s attention urgently, and they couldn’t hear you, it would be dangerous. Also, putting babies and children into a ‘cone of silence’ would be upsetting, especially to very young ones.

Quiet sounds, such as speech, can still be heard when wearing Banz earmuffs. So don’t let the kids fool you by saying they can’t hear you while wearing their Banz earmuffs!

Heard about it? Earmuffs specs demystified

Banz earmuffs have these specifications:

Decibels (dB) – are a unit of measurement for sound density.

Single Noise Ratio (SNR) – the SNR can be used to compare the level of noise attenuation [or damping] offered by different hearing protectors.

Noise Reduction Rating (NRR) – provides an estimate of the protection of a given device.

In brief, an NRR or SNR rating indicates the level that a noise can be reduced to by wearing a hearing protection device. Banz earmuffs feature one of the best ratings for baby and children’s earmuffs available in New Zealand.

Attenuation – is the damping of sound, which diminishes the volume and quality of the sound wave.

Mean attenuation– or average damping – is noted at different sound levels, as above.

Safety standards aren’t the most scintillating subject, but it is an important one when it comes to feeling comfortable about the products you put on your kids. An informed buyer makes a powerful personal choice and, at Banz Carewear, it’s important to us that our customers know they’re getting the best.

This blog is your favourite! See it now at https:/