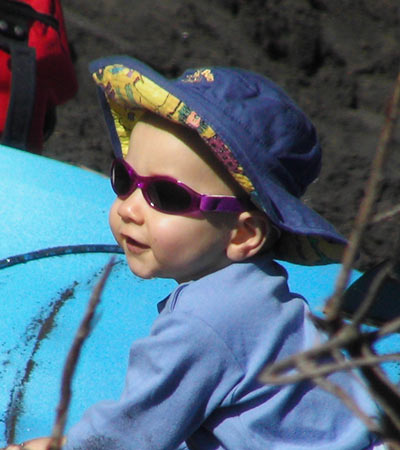 See that cutie in the purple sunglasses and blue sunhat? That’s our boy Jack, at the age of about nine months.

Jack was the reason we – me, Andrea and my husband Tony – decided to bring Banz into New Zealand in 2005.

When Jack was born in April 2005, we were rapt. Our precious bundle was never going to come to any harm, so we looked around for all the safety gear new parents get – monitors, straps, gates…

But the one thing we couldn’t find was sunglasses, important as we have relatives in Australia and we wanted to visit as much as possible. Yet we were aware that the sun caused damage to vulnerable eyes – and hey, we felt much more comfortable with our sunnies on, so our baby would, too.

During an Australian visit, when Jack was five months old, we saw Banz sunglasses in a Sydney chemist. At last, just what we were looking for! We bought a pair – Purple, the ones in the pic above – and were amazed that he took to them so readily. And he looked so cute! People actually stopped us in the street to say how cute he looked.

We knew we were onto a winner. Contact with the Australian supplier confirmed that yes, they were looking for a New Zealand distributor  – so we took it on.

Today, Jack is 12 years old! He’s grown up in front of the camera wearing Banz gear, just as many of your kids have, too. 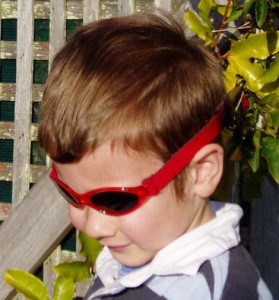 Modelling Adventure Banz in Red at the age of four 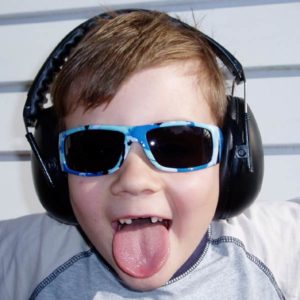 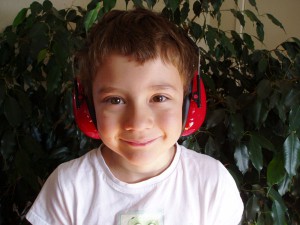 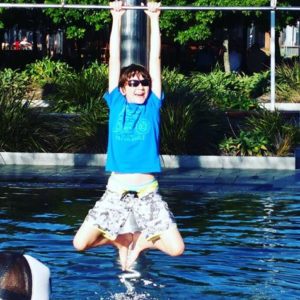 Have your kids grown up with Banz? Tell us!

How 𝓫𝓮𝓪𝓾𝓽𝓲𝓯𝓾𝓵 to see th

Isn't it brilliant to see someone having fun in th

Earmuffs don't really jump to mind when you think

Thank you to all who have asked - we're so lucky a