or 6 weekly interest-free payments from $7.42 with

or 6 weekly interest-free payments from $7.41 with

Banz Protective Earmuffs are ear defenders with a Class 4 rating (only one grade less than industrial-strength ear muffs!), are comfy for kids to wear while looking great and ensuring their precious hearing is protected in loud situations.

See our Sun and Sound-Safe Accessories category for a Zee Case to protect your child’s Protective Earmuffs!

Pick a Colour below to view it!

Please note, Lime is temporarily out of stock.

Banz Protective Earmuffs are designed for use by children from two years to 10-plus years (Please see our Mini Muffs range for children under two years).

As well as providing superior hearing protection, the comfy design of Banz Protective Earmuffs makes them the most suitable ear defenders for kids available in New Zealand.

All Banz earmuffs are sound-dampening earmuffs, which means your child can still hear you – it wouldn’t be safe, otherwise! The earmuffs do their job by dulling loud noise to a safe level.

The wide, foam-filled cushions ensure that the set doesn’t squeeze and that there is plenty of space for the ears inside the shells. As each set weighs in at just 190 grams, children find Banz Protective Earmuffs comfy and easy to wear.

Should you find the earmuffs to be a bit too tight, they can be stretched slightly. Simply place two chairs (or similar) back to back, open the earmuffs out and stretch them over the two chairs. Leave them for a few hours or even overnight. You’ll find they will have stretched by a small amount, making them less tight when worn. With use, the earmuffs will loosen up and ‘grow’ with your child.

AS/NZS 1270:2002 – the Australian and New Zealand safety standard for earmuffs.

ANSI S3.19 – The American National Standards Institute is a private, nonprofit organisation that oversees the development of voluntary consensus standards for products. S3.19 is the standard introduced by ANSI to regulate hearing protection devices. All Baby Banz earmuffs meet these requirements.

There are no reviews yet.

Only logged in customers who have purchased this product may leave a review.

Auckland Zoo! Loving getting out to see the baby r

UNBOXED! Our customer Ginny says: "I was thrilled

No Hat, No Play! Don't you love how much coverage

He's fast asleep at church, while the band and the

She's gorgeous, having fun in the water in her Ban

Spring has sprung! It's time to get into the new s

When they want their music, but you're over it...

Did you know we don't just have baby sunglasses? T

Happy Father's Day to all the dads, granddads, ste

Did you know we've got seven different colours/pat

He's got it all going on... cool head-to-toe denim

At an event where there's a lot of noise? Your kid

50% OFF ENDS AT MIDNIGHT! Get the the selected sto

LAST CHANCE to get 50 per cent off the selected st

Sweet Ivy's got it it sorted with her Banz Earmuff 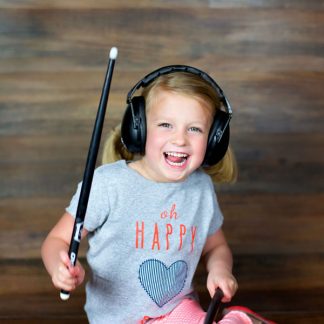 or 6 weekly interest-free payments from $7.42 with

Our website is OPEN for orders; we practice sanitary packing and our couriers will provide contactless deliveries. Kia kaha, NZ! Dismiss